The WW1 Rugby Memorial  was unveiled on Saturday, September 16th 2017 in the heart of the battlefields of the Chemin des Dames, near Craonelle in the Aisne region of France

The project has been 2 ½ years in the planning and co-founders of the project were Franck Viltart from the Conseil Department l’Aisne and John Dennison, President of Francourt Events, who lives in Laon, and still retains his membership of KSRFUR.

The project was founded on the idea of creating a lasting memorial to all Rugby Players from around the world during WW1, and to create a place of pilgrimage for all, especially for those associated with the game of Rugby.

Alongside the Memorial Project, the WW1 Rugby Players Book of Remembrance has been created as a permanent record based on research into the players who lost their lives between 1914 and 1918. The idea is to create the most comprehensive online database available.The Memorial itself was created by former French Rugby Captain, Jean-Pierre Rives and entitled “The Ribbons of Memory”. The modern design signifies the destruction of war, and the peace element is reflected by the shadow of a rugby ball that appears when the sun catches the centre of the memorial.

UK Rugby was represented at the Rugby Festival in Laon, by the Army Rugby Union XV, 12 Regiment (Royal Artillery) and Rugby 4 Heroes, along with youth teams from Trojans (Hampshire), Firwood Waterloo (Lancashire) and Cowbridge (Cardiff & District). 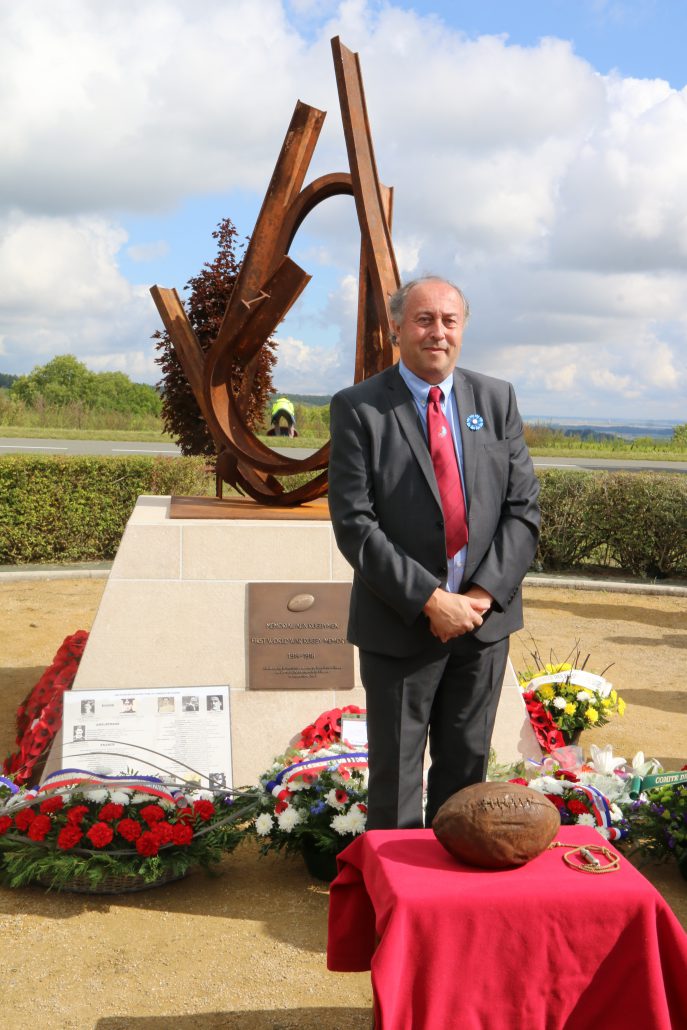 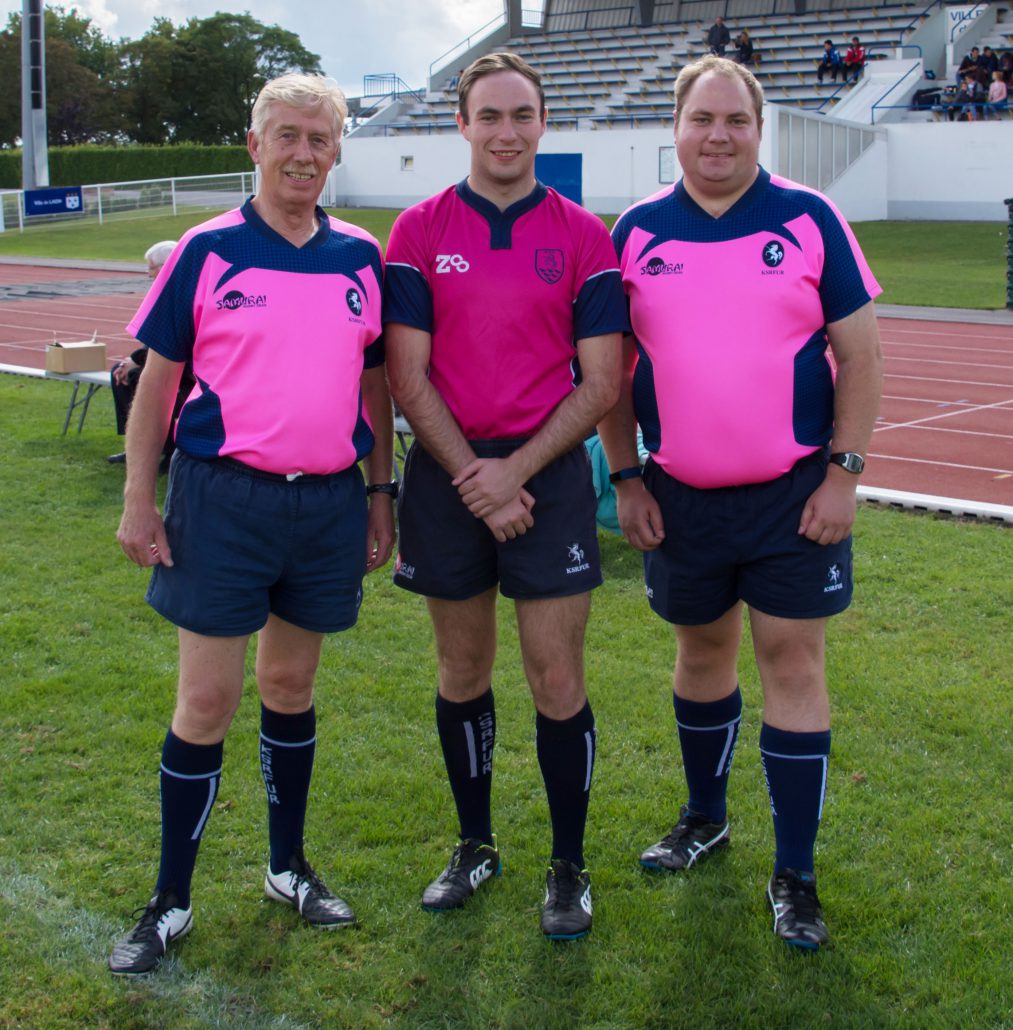 Kent Society sent out a referee team to officiate the closing game of the festival between Cowbridge & Trojans in front of Dennis Gethin, President of the Wales Rugby Union.

In April,  2 referees from FFR/Flandres will travel over to the Kent Youth Rugby Finals in Ashford. Later this year 2 referees from Kent will have the opportunity to take part at the International Armistice Rugby Festival in Compiegne.

Cliff Booth RIP – a gentle man, and a gentleman at all times.