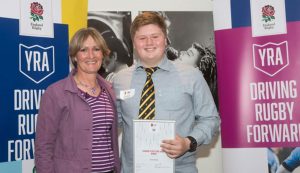 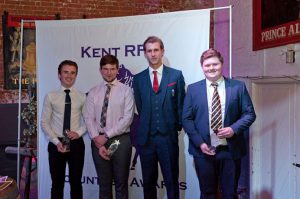 Tom Read attended the Young Rugby Ambassadors celebration at Twickenham a couple of week’s ago and received the Changing Perceptions award in recognition of all the work he does at his club, as well his refereeing, including senior games.

In addition, he won the “Clubman of the Year” award at his club, Edenbridge RFC.

To cap these tremendous achievements, Tom also won “Kent Rugby Young Ambassador of the Year” at the Kent Volunteer’s Awards Evening. Lewis Franks, another up and coming referee, was runner-up.

We are thrilled to see our Junior Development Squad doing so well.