As the 2017/18 season is fast approaching the Society’s pre-season fitness training starts Tuesday 25th July at Aylesford RFC at 7.30 pm.

Sessions will be fun and suitable for all abilities. We aim to run the sessions every Tuesday until the start of the season and have hired a personal trainer to make sure that you get the maximum benefit from them.

Here is a small bio of this year’s fitness instructor, Jason Atmatzidis: 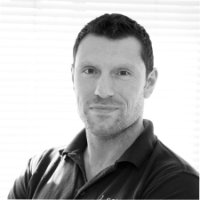 Jason began working in the fitness industry in 2001 after completing a sports science diploma. Having been an achiever in County representation at swimming and rugby he then went on to coach a variety of sportsmen and women who went on to compete in Junior Wimbledon and the special Olympics. Jason being part of the British Lung Foundation team also helped to put together a fitness plan for those suffering from COPD.
Jason is now working in Tunbridge Wells doing both Sports Massage and Personal Training at an Osteopath clinic.
Look forward to seeing you there.
https://www.kentrefs.co.uk/wp-content/uploads/2018/10/runners-752493_1920.jpg 1277 1920 Tracy Pettingale https://www.kentrefs.co.uk/wp-content/uploads/2017/02/KSRFUR-logo-300x138.png Tracy Pettingale2017-07-16 08:28:152018-10-18 20:17:12Preseason Fitness Training