Cliff Booth – A gentle man and a gentleman at all times. RIP

Cliff Booth, a very proud member of KSRFUR for 48 years and former President has sadly passed away Wednesday 14th February evening in Tunbridge Wells hospital. Cliff had been unwell for some time with breathing difficulties and unfortunately suffered a fall the week before.

Cliff held many officer roles within the Society over the years and in 2009 became its President, he said at the time, “I am very pleased and honoured to take on this great position’. Even after his term as President, where many have called it a day he continued to support the society by regularly attending training meetings to offer support and guidance to many young referees just starting out. He never stopped being an active member of the Society, he said only last week ‘ I will always be a member of the Society and will not let my health issues stop me from doing so’.

We as a Society will have fond memories of him, a dedicated member to the end. A gentle man, and a gentleman at all times.

Cliff’s funeral will be at 10:45am on Wednesday 14th March at Tunbridge Wells Crematorium, afterwards at the Mercure Hotel, 8 Tonbridge Road, Pembury, Tunbridge Wells, TN2 4QL.

No flowers, but donations to British Heart Foundation or Arthritis Research should people wish. 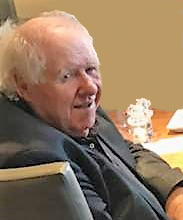