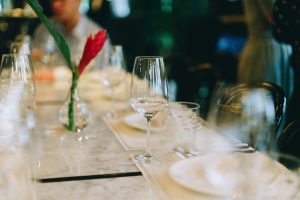 Another year has passed so quickly that it was time once again for the Kent Society Annual Awards dinner 2019 which was on 17th May.  Attending on the evening were many Kent Society referees, advisors and referee coaches as well as  Kent Society’s guests, Craig Chalmer, Sussex Society officials,  International Referees, Matt Carley and Laura Pettingale, Tim Miller RFRU (Rugby Football Referees Union), Kent Society Life Vice Presidents.

The evening kicked off with a superb three-course meal, at Bridge Wood Manor Hotel, Chatham followed by our guest speaker Mr Craig Chalmer, ex Scotland International and British Irish Lions. Having never spoken at a Referees Dinner,  Craig entertained us with stories of his rugby career, and insights about his favourite referees and not so favourite referees.  A brave man in a room full of referees.

The award winners were announced and presented with their awards. It is not surprising to see that the Society’s successful Junior Development Squad managed to sweep up a few awards. One award was renamed after one of our Past Presidents, John Carley, who passed away earlier this year. John was a great supporter of developing our referees and therefore the award was named in his honour  ‘The John Carley Award for Most Improved Referee’

The honours went to:

Chris Smith – Presidents Award, for his outstanding work with the Junior Development Squad 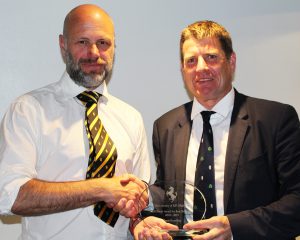 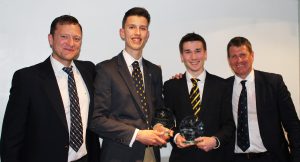 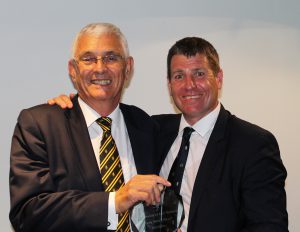 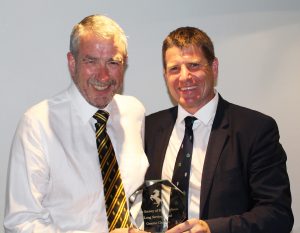 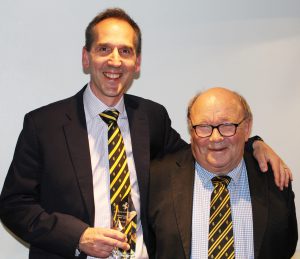 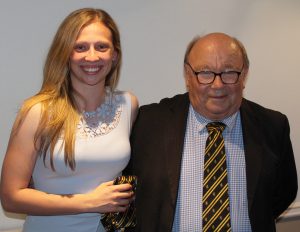